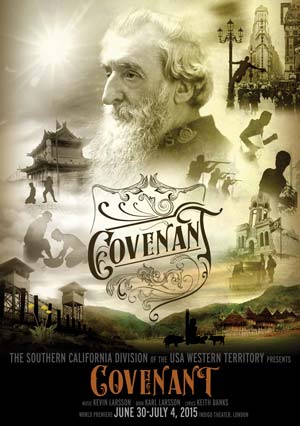 In the spectacular multimedia musical Covenant we watch an ailing William Booth pondering the future of his beloved Army, and we travel through history and across the globe witnessing his legacy in action. From the mountains of China to the streets of New York, from the jungles of Papua New Guinea to war torn Europe, we see the outworking of the Covenant that William Booth prepared for his own funeral and its relevance for today. The musical, written for Boundless 2015 by Karl Larsson (script), Keith Banks (lyrics) and Kevin Larsson (music), is presented by a cast from Southern California.

The Salvation Army Historical and Philatelic Association invite you to its 2015 Convention at Boundless 2015 – an evening devoted to Army history. Among the guest speakers are Jack Kerr (USA Eastern Territory Heritage Museum), Steve Bussey (Salvation Factory, New York) and Dr Roger Green O.F. (speaking on our Founders and the Army's early days). There will be a question and answer session and plenty of time to meet fellow Army history fans and collectors from around the world.

This will be an historic gathering for Salvation Army officers from around the world to gather in a worship service with General André Cox. Featured in the service will be the New York Staff Band, Mizo Aisawi Songster Brigade from India Eastern Territory, and other surprise guests from around The Salvation Army world. The service will feature lively singing, spectacular musical productions, dance, and a stirring Bible message from the General. Supporting the General will be the Chief of the Staff and Zonal leaders from International Headquarters.

You have participated in the global prayer initiative 'Boundless – The Whole World Praying'. Now come and join our international leaders in daily prayer for the Congress, the worldwide ministry of The Salvation Army and for revival, because boundless salvation is flowing for all.

Salvationists will acknowledge and applaud the impact of women's contributions to The Salvation Army's worldwide mission. The gathering will include musical presentations, showcase some of the most effective ministries from around the globe, and feature special guests who will challenge and empower attendees.

Through the amazing diversity found throughout The Salvation Army's 126 countries, we want to encourage women in their spiritual development. And through Scripture, we aim to inspire women to live transformed, holy lives to become people of compassion, justice and action, winning their families, friends and communities for Christ. 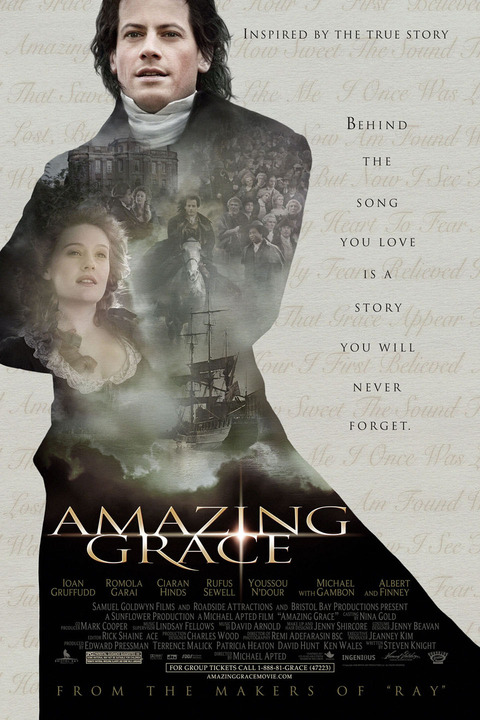 Boundless will also now include a film screening of Amazing Grace, the 2006 film directed by Michael Apted. The film portrays the campaign, led by William Wilberforce, against the slave trade in the Biritsh Empire as well as the experience of John Newton, a crewman on a slave ship, and his subsequent religious conversion which inspired the writing of the poem later used in the hymn.

March Down The Mall

A march of witness down The Mall in Central London will be taking place on Sunday 5 July at 3.30pm. The march will be formed of approximately 2,500 pre-selected Salvationists representing all 126 countries the Army is at work in.