Late Night Alive is a brand new venue for Boundless 2015. Held in Building Six, this is a late night chat show packed with great guests, live music, and plenty of laughs. Alongside our house band, Second Mile, we'll be joined by musical guests including, Vasa Gospel Choir, Hawaii Hula Halau, the Amsterdam Staff Songsters, and for one night only, all four staff bands at Boundless will be sending players to take part in a special performance of the Super Staff Band! 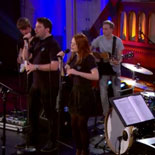 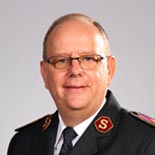 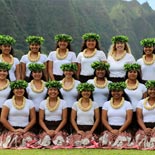 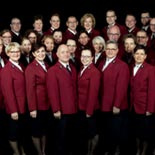 We'll also be chatting to guests from around the Army world, including General Cox, Commissioner Cochrane, and Nick & Roberta Simmons-Smith (planners for Session Seven – An Army of Integrity, the final Congress meeting on Sunday morning in The O2 arena).

Each night, the main arena speaker will be dashing over to Building Six to take on the "150 seconds of sermon" challenge. Can they boil down the message they gave in the arena to just two and a half minutes? And that's not all! From putting our hosts to the test against some of the remarkable performance groups from around the world, to seeing if our roving reporter can get a very personal souvenir from every country represented at Boundless, there'll be plenty of fun and laughter packed into the one hour show.

This is a chance to reflect and unwind at the end of each day at Boundless, and it's not to be missed. The doors open at 9.00pm and the show starts at 9.30pm.

You don’t need a ticket to get in so come along and join in the fun!