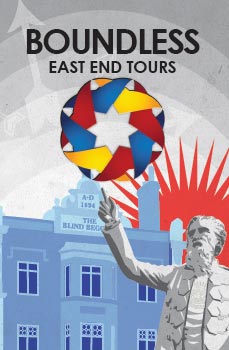 Exhibition and Conference: Poverty in the East End Past and Present

6.30pm – 7.00pm: Official opening and viewing of the exhibition on 4th Floor (light refreshments and music).

A rare chance to explore unique historical materials that chart the development of William Booth’s Salvation Army in London’s East End. Take a closer look at newspaper clippings, historical maps, photographs and archive material that shed light on the widespread deprivation and housing problems that led to the founding of this pioneering organisation.

Major Nigel Bovey, Editor of The War Cry and author of Blood on the Flag, presents an account of the Salvation Army’s fight for survival against the Skeleton Army.

You are invited to join us at the historic Bryant and May Match Factory, for an event exploring power, politics and grassroots Salvation Army justice-seeking as part of the Boundless Congress celebrations on 3 July 2015.

It will include the launch of a brand new resource by Captain Nick Coke and Lieutenant John Clifton – Just Corps: local congregations transforming their neighbourhoods – published by the Centre for Theology and Community. 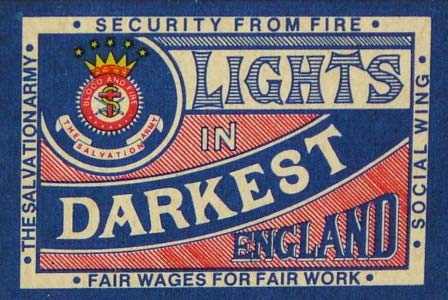 John Anscombe (Salvation Army) will be presenting a number of short films from the past and present work of The Salvation Army in East London.

Tony Fletcher, film historian, will be presenting a number of short films from the historic work of The Salvation Army in East London, Britain and internationally, including film of India.

Poplar Corps, the oldest Salvation Army corps in the world, will be serving English afternoon teas in their newly refurbished Heritage Lounge for the duration of the week of the international congress! The Heritage Lounge will be open for tea, coffee, scones and cakes. For more information please contact Majors David and Meishel Brown at poplar@salvationarmy.org.uk.