The Rest is History…

Take this quiz to test your knowledge of The Salvation Army’s beginnings. When you’ve answered all the questions, view the answers at the bottom of the page. 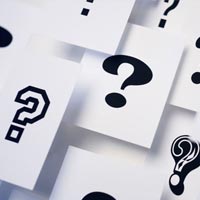 1. In 1865, William Booth began preaching outside a pub on Whitechapel Road, London, from where he often returned home with bandages on his head after being struck with rocks. Although the pub was rebuilt in 1894, the name remains the same. What is the name of the pub?

3. What is the name of the group that elects Salvation Army Generals?

4. The eldest daughter of William and Catherine Booth, Catherine ‘Katie’ Booth-Clibborn brought the Army to France in 1881. She was also known as:

5. In addition to being elected as General of The Salvation Army, what do Edward Higgins, Erik Wickberg, Arnold Brown, Bramwell Tillsley, John Larsson and André Cox have in common?

6. Born in Australia, General Eva Burrows served as the Army’s international leader from 1986 to 1993. Which other Salvation Army General was born ‘down under’?

7. Which early day Salvationist, known for his prize-fighter stature and bright red fez that he wore with his uniform, was introduced to The Salvation Army when he stepped in as a bodyguard to protect a group of Salvationists who were being attacked on the streets of London?

8. In 1885 who, together with Bramwell Booth, stood trial on charges connected to their successful efforts to secure legislation to protect young girls in England from being bought and sold for immoral purposes?

9. General William Booth, Founder of The Salvation Army, was promoted to Glory on 20 August 1912. How many people, including Queen Mary, wife of King George V, attended his funeral?

10. What is the motto of The Salvation Army?

11. What was the name of the group that persecuted early day Salvationists as they conducted open-air meetings, throwing stones and rotten eggs?

12. Instituted in 1917 by General Bramwell Booth, what is the highest honour that can be bestowed on an officer or soldier for outstanding service?

14. Formed in 1887, what is the oldest Salvation Army staff band in the world?

15. Concerned for the health and safety of London’s working class, in 1891 William Booth opened a factory to manufacture a product that helped revolutionise production across the industry. What was it?

How did you score?

6-10 – Well done. You’re on your way to becoming an Army historian!

11-15 – Outstanding! William Booth would be proud of you.