One Army Films Roll at Boundless

The Bible verse ‘to whom much is given, from him much will be required’ (Luke 12:48) has always lain on the heart of Commissioner Robert Street. 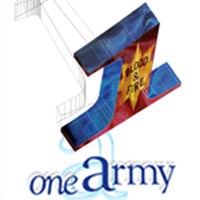 After serving as a Salvation Army officer for 44 years, Commissioner Street took on the role of chairman of the International Doctrine Council in 2013. A prolific author, he recently released One Army, an international teaching guide detailing the nature and purpose of the Army.

The guide contains 13 booklets, beginning with an introduction, ‘One Life’, about one Army serving one God in one life. The next 12 booklets relate to a specific subject – from ‘In Calling’ to ‘In Christ’ to ‘In Covenant’ – and each is reinforced with a corresponding video (available online or as a DVD). Major Nick Coke of the United Kingdom Territory with the Republic of Ireland developed a youth component for each section, and Commissioner Margaret Sutherland wrote the leader’s manual.

‘This resource is designed to unite Salvationists worldwide and help them understand its mission and message in clear global terms,’ said Commissioner Street, who has personally seen the Army at work in 50 countries. ‘It covers what the Army is called to be, what it should be and how it expresses itself as part of the universal church.’

Here at Boundless 2015, the commissioner presented film clips from One Army on a Cineworld screen on 4 July to help spread the teachings to Salvationists around the world.

‘We want to ensure Salvationists have the same opportunity to learn what we declare,’ he said. ‘It can be used in Sunday worship as the basis of the meeting, in midweek home discussion groups, in soldiers’ classes or for anyone inquiring about the Army.’