The Salvation Army’s 150th anniversary celebrations have come at the end of a year of non-stop prayer. 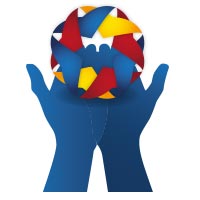 Boundless – The Whole World Praying began at International Headquarters on 1 July 2014. The prayer wave then swept to New Zealand, Fiji and Tonga, with the final prayer vigil falling to the United Kingdom Territory with the Republic of Ireland.

‘We believe that something has happened, is happening and will continue to happen as a result of the prayers during this time – not just for our congress, but for salvation, holiness and justice in The Salvation Army and throughout the world.’

Boundless – The Whole World Praying ran alongside the Worldwide Prayer Meeting, which began in 2012 and is held on Thursday mornings in every territory and command.

Because the Army serves in so many time zones, the Worldwide Prayer Meeting means Salvationists are at prayer in some part of the world for most of every Thursday.

General André Cox said, ‘It has been exciting and energising to see the prayer wave going around the globe. I want to encourage Salvationists to keep praying – personally and corporately – for the worldwide mission of the Army.

‘Paul, writing to the Thessalonians, said, “Rejoice always, pray without ceasing, in everything give thanks; for this is the will of God in Christ Jesus for you” (1 Thessalonians 5:16-18 NKJV). I encourage all Salvationists to join in the Worldwide Prayer Meeting as it spans the globe. We are seeing incredible spiritual victories and evidence of lives being touched and transformed.

‘There is a danger that we become complacent and think we can do everything in our own strength. But we are a people who daily depend upon God’s presence, mercy and grace – and we do well to remember that,’ said the General.

‘In and of ourselves we can do nothing. We should not allow ourselves to bask in the praise that we regularly receive from people for the “good work” of the Army. We depend always and utterly on God, and if we ever forget that, we are doomed to fail! If we want to see continued growth and expansion of God’s work through The Salvation Army, it will be through prayer and the surrender of our lives to the will of God.’